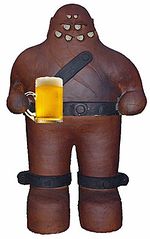 Thanks to {{weekly choice}}, this page will rotate between summary of 53 pre-selected articles. Transcluded in {{Featured}}. If one want to add or replace an article of this list, the "Nominate an article" section should be used and the {{Featured/Previous}} must be updated as well.