Difference between revisions of "Watch the grass grow" 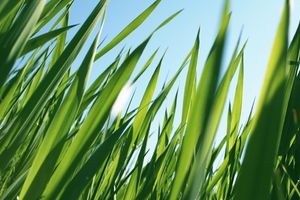 This is a test of a hero's patience and observational skills. This isn't a pointless quest, but rather a part of an ongoing scientific investigation to answer the all important question: "Where in Godville does the grass grow the fastest?". This, my friends (or enemies if we've met before), is where our little rogues who we call "heroes" come in.

The hero is given this quest by a scientist. They are easily recognisable by their (mostly) white coats, thick goggles, spiky grey hair and the fact that they usually smoking (as in smoke is coming from them, not they have a cigarette). They will give the hero a map with three locations marked on it, each of which the hero must visit. At each location is a patch (or field) of, you guessed it, grass. The hero must now measure how much the grass grows in an hour, and record the result on a conveniently drawn table. Now he must repeat this for the other two places before reporting back to the scientist, who will richly reward the hero for his services to the scientific community (unless he's a cheapskate, then he'll give you nothing).

The only real dangers in this quest are monsters hiding in the grass, and of course the hero is at risk of dying from boredom. There are relatively few risks in this quest, and all in all, it shouldn't take the little imbecile more than 8 hours.

Tip: If they are feeling lazy, the hero could just make up some results, but very few do because they feel a sense of responsibility for all science kind.