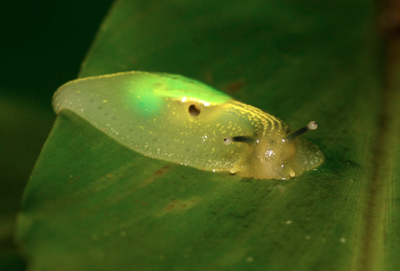 A Uranium Slug shortly before killing our photographer

The Uranium Slug is a type of boss monster found in the dungeons of Godville. It is considered to be a 2nd tier monster when not creating random mushroom clouds.

The slug was created from a genetic mutation caused by the accidental meltdown of the San Satanos nuclear power plant. After some rods of barium managed to escape out of the back entrance, both the slugs residing under the plant and the stray dogs living next to it gained extreme power (the dogs became the first Nuclear Watchdogs).