Difference between revisions of "Unspecifiedistan"

Unspecifiedistan's shadowy existence is confirmed only by glimpses of information from random sources. It is the most remote town of the Outer Limits, standing at milestone 800 ...well, since The Big Emergency Event, it has slid downhill to milestone 911. Despite its geographical isolation, it seems that Unspecifiedistan may secretly be very well connected.

Many Heroes who have gone missing from their guilds are last seen in this city-- they have left phantom guild influences that seem to disappear within a few hours. Why this happens no one knows, only further shrouding this town in mystery. The long lost diary of a dead heroine once reported that the Guild Change offices reside here, before its pages reset.

As this town is so far out, not much else is known about Unspecifiedistan. This lack of detail has been exacerbated by the centuries-long feud between Unspec' and the Itinerant Merchants Union (IMU): the latter group, fed up with their only competition this far out, is removing markers pointing to town faster that the townies can replace them.

On 642 g.e., Unspecifiedistan first appeared in a notice in the Godville Times.

It seems there may be some sort of a "Monster University" near Unspecifiedistan, as adolescent monsters were cited to be hanging in the area:

Unspecifiedistan's town square appears to be the location of a tomato-throwing ritual.

Unspecifiedistan also may or may not have a skilled blacksmith residing in it as seen in this ad:

Additionally, on 1485 g.e., it was confirmed that Unspecifiedistan has at least two bars: Molotov's Cocktail Bar, and the Fly Face Bar. But others are suspected to be there as of 2219 g.e, "Ah, Unspecifiedistan. There are only four taverns here that I'm not banned from."

The only first-hand information we have on this town is from a few scraps of diary paper discovered by lost travelers: 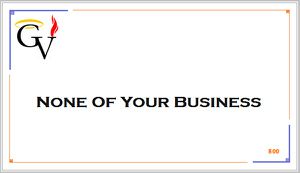