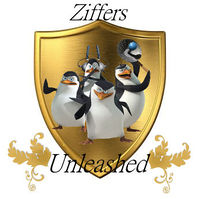 We are a Guild of misfits from far and wide, founded in the face of overwhelming adversity many years ago, we are united by a love of fine company, friendship, a good debate, and more often than not the love of a stiff drink or ten. Often going by the nickname 'Ziffers' we roam the lands in search of adventure, entertainment and general light hearted fun, mischief and mayhem.

In spite of the seemingly relaxed approach to business, Ziffers aren't known to shy away from a good fight as and when fighting is required, and will loyally defend one another to the end, such is the close knit nature of our Guild. As such we are skilled in combat, even though combat skills aren't a perquisite for membership.