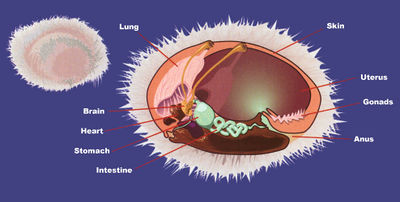 There exists an alternate form of the tribble, named the "hungry tribble". These behave much in the same way as regular terrible and are occasionally received as a reward for heading a boss monster in a dungeon. Nonetheless, there exist two key differences between the tribble and their hungry counterparts.

2. Once the hungry tribbles reach critical mass, which is around 75% of a hero's inventory space, they will promptly evacuate the heroes backpack and flee to see the world, presumably on a family vacation. Upon doing so, tribbles typically leave large sums of money, around 100 - 250 gold per tribble, presumably as overdue rent.