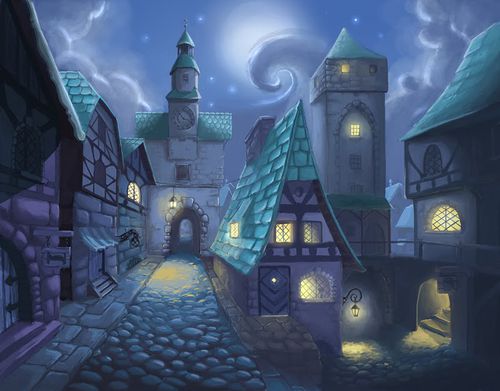 Towns are bustling bastions of civilization that provides the weary hero with much-needed respite from the difficult life of adventuring. As the major landmarks of Godville, they are the most visited geographical locations and often have large populations consisting mostly of traders, thieves (which really come under the traders category), doctors, priests and other heroes. Some towns are better then others and some may even be considered great tourist attractions. Heroes take time to relax in these often very social places, and to prepare themselves for the next phase in their current quest. Think of them as the hero's pit-stop and you can't go wrong. Each town is located at a certain Milestone.