Difference between revisions of "The Dark Star" 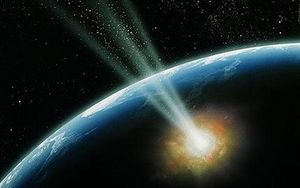 The Dark Star is a gathering of some of the worst kind, and many ineptitude Heroes in Godville. Founded by a lowly female monk, who was instructed by her goddess to procrastinate. The monk was encouraged to sacrifice several Monsters, a shabby shrine was constructed upon the shrine's rather humble site. Unfortunately, had she had known that the passing comet earlier, which she built the shrine upon, had such wrathful intentions, then she would have known of the radioactive properties of The Dark Star, which she had called the Shrine, hastily scribbled on a piece of cardboard. Unfortunately, since she had illegible handwriting, her praises to her Goddess went quite unheeded: 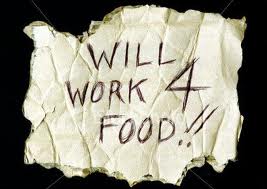 Word soon spread of the shrine's current location, which soon became quite renowned for attracting many like-minded citizens. As it turned out, the shrine's energy consisted of the remains of a large crater of a comet which was known to cause superstitions about mirrors. The comet was once known as Wormwood's Legacy, aptly named after the first Hero who glimpsed it for the first time- and was crushed underneath the bulk.

Hence the corrupting and surplus energy of The Dark Star was soon distributed evenly. This attracted citizens of questionable origins, specifically, those hailing from Los-Demonos and Gold Brick caravans were known to park there on occasion. The former symbol of the Dark Star was a the noble Dandy-Lion (called Lord Nibbler), which the enlightened Monk had rode upon on her trip to Godville, but now it had changed to a more recognisable anarchic symbol of recognition: a Cube. The Cube represents the transcending nature of the Dark Star and how it goes beyond two dimensions.