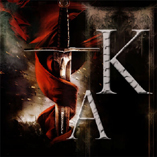 There was a time when loyalty, solidarity, truth and justice disappeared from the world. The chaos was vast, and pain, death and destruction reigned supreme. The great Dragon God decided to bring neutrality back into the world, which war had torn apart. The people were divided by thousands, and from every thousand, one that stood out from the others - in loyalty, wisdom and strength - was chosen. Amidst the masses, a new class of knights came into existence, joined by the Ancestral Forces that would decide the fate of the world... These men and women were given the name of Ancestral Knights!

...I hear the wings upon the wind... I smell the burning breath of the earth... I sense the lingering war between light and dark... I feel the force that makes my sword tremble, and the battle song that roars in my ears...

... Do you detest the scent of the Afterlife? The heart will not cower in fear of the pain, so turn your gaze, and await the Ancestral judgment...

Convincing your hero to become a Knight of the Ancestral order will not be an easy task, nor is it guaranteed, but you can try with some mischievous mind tricks. Talk to him and convince him that saving the world from chaos could be very amusing, and lead to some quite interesting bard songs. Or just downright force him to do it. Treasures and riches as far as the eye can see, a plethora of women (or men if your hero is a heroine - maybe both, we're not picky), honor, recognition and fame is the reward for one brave enough to dedicate their life to the cause. Or beer, if that's your hero's sole highlight in life. We don't judge. Unless you mean that lightning thing we throw from the skies. Then we judge. A lot.

Due to the varying levels of popularity in each town, The Ancestry Knight currently has its headquarters in a dimensional schism between planes of reality. This will not affect your hero(ine) as they will naturally wander into the building randomly. It's quite subtle. You might not even notice! 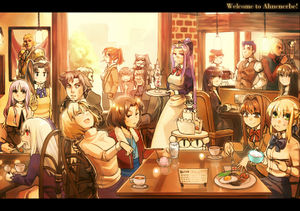