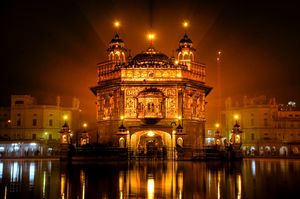 Temples are places of worship where heroes and heroines can go to pray to their Gods and Goddesses. Building a temple is one of the five six seven goals heroes long to accomplish. Gods must be appeased and they therefore demand that temples be built of gold bricks, which makes the lives of heroes so much tougher. A hero can build a temple for their God by assembling 1,000 gold bricks. A temple's construction progress is measured as a percentage, with each gold brick representing 0.1% completion.

Initially at least, obtaining the 1000th brick will not automatically complete a hero's temple. They must still return to Godville and place the last brick. Luckily, once that last brick is obtained, the hero will focus on the quest with vigor; even an epic quest can complete in a few minutes. It's probably like those stories where mothers suddenly gain superhuman strength to lift cars off their trapped children, or it might not be. It isn't important. Anyway, after the current quest meter hits 100%, the hero will sprint back to Godville then get drunk, lost, handed into 'lost property', collected and finally remember that they have a job to do. All the while, the God is forced to wait (impatiently). Good news though: according to the principles of science, a lightning bolt or two applied to the rear will cause a temple to be completed at breakneck speed.

!Hero's Diary↻
Carefully placed the last brick, swept all the rooms, opened all the doors and stately cut the ribbon with my sword. I can’t believe it's finally happened! After these many months of work, the temple in your name is finished, my Lord! I'm feeling crazy with happiness! 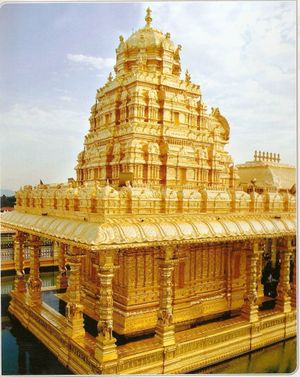 When entering Godville city, the hero can visit the temple for special bonuses:

The percentage of level gain resulting from a ten, twenty, or thirty bags of gold sacrifice depends upon the hero's level and the time since the previous gold sacrifice. The higher the hero's level, the smaller the level percentage gain. The gold sacrifice works on a thirty-six hour modified cooldown timer. Sacrifices made at the start of the cooldown (closer to the last sacrifice) have a low conversion rate, and sacrifices made at the end of the cooldown have a higher conversion rate with the conversion rate maximizing at thirty-six hours. Additionally, coin sacrifices do not carry over to the next level. Accordingly, if a hero is at 99% experience of a particular level and sacrifices thirty bags of gold (30,000 gold coins), the hero will only gain the remaining 1% experience and will start the next level at 0% experience.

The hero may receive one of these special bonuses if they’re entering Godville with fewer than 10k gold for the first time in the last 60 minutes, unless:[4]

In those cases, the hero skips their usual visit to the temple upon entering the city. Also, if your hero gets back to Godville with 10,000+ gold and sacrifices it for experience, you may still get your temple reward of log, cash or charge by ordering them back to town within the hour.

Many Gods and Goddesses find themselves wondering what to do now that they've completed the ultimate goal of having their hero complete a temple for them. At first glance it seems that there are now no further challenges but there are in fact many; so then, what now? 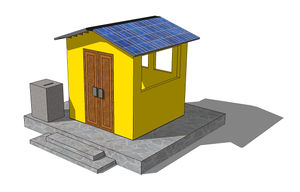