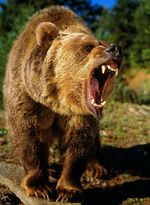 This is the featured article of the week. Since August 2020, the template have been automated, and will rotate between 52 selected articles (or 53 if there is a 53th week).