Warning: Talking donkeys look identical to non-talking ones, so sudden speech may come as a surprise to the hero. Oddly, donkeys react the same way about talking heroes. The Talking Donkey is chewy when cooked but has a sweet, oniony flavour to it.

The talking donkey is not rideable, due to its lack of back strength due to trying to walk on two legs when she was young. 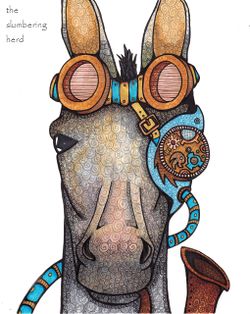