Warning: Talking donkeys look identical to non-talking ones, so sudden speech may come as a surprise to the hero. 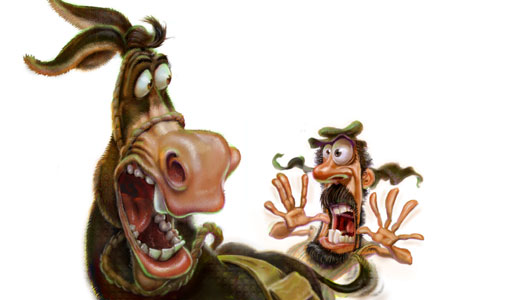