Don't be fooled by this creature's cuteness. When a "TAMED" talking Donkey had witness the Hero/Master untimely death. (If it's level is high enough) It will kill the Monster. Surprisingly if the Tamed talking Donkey is successful in slaying the Monster. The Monster will drop a golden brick, and a few coins."06:43 AM Null followed me into the hospital ward and diligently rubbed against my leg with his healing fur."-Romeo Sky. Talking Donkey has healing fur."07:35 AM Null suddenly rushed in front of a runaway cart to rescue a child."Talking Donkey has really soft healing fur it can cushion anything without taking any damage. 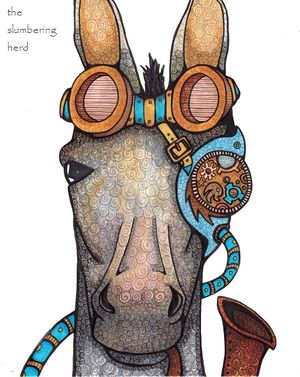