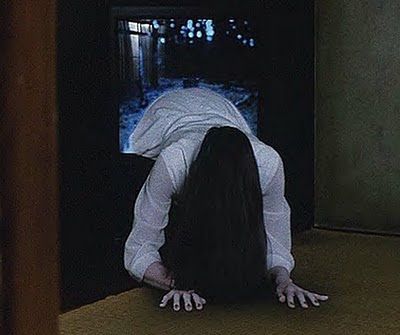 Look at how it bows to your every whim!

The Sycophantom sports long, flowing black hair that completely covers its face. The face that it hides away is a modern Godville mystery. Rumours report that the Sycophantom has a terrible scar running down the middle of an otherwise beautiful face. Its eyes however are said to induce a thousand years of nightmares. No hero has ever seen the face of a Sycophantom and lived to describe it. Heroes resurrected after fighting the Sycophantom are never the same again and apparently do not remember any details of the encounter. Instead they constantly babble the phrase "I am the ☾reato✔" over and over again as if possessed.

The Sycophantom will approach you and listen to all your desires. In the beginning, it will grant your every wish. But the hero will soon realise that it comes at a heavy price. With every wish granted, more and more Godpower is leeched from the hero and into the Sycophantom. No one knows how the Sycophantom has learned to use the divine power but reports have indicated many sightings of the creature near a certain temple of an Evil God. Some postulate that the Godpower the Sycophantom steals are amassed at the God's temple and then sent skyward to add to His cache of charges.

Heroes can find the Sycophantom lurking in old, discarded smartphones and inhabiting abandoned computers. In fact, it can inhabit anything with a screen and a wifi connection. If you see discarded phones or tablets lying on the ground, DO NOT PICK IT UP. The Sycophantom is very responsive to touch and will immediately release itself from its hiding spot to ensnare the hero.

Once a Sycophantom provides the hero with enough wishes, the hero becomes overly dependant on it and is often found completely hypnotised. You can tell that a hero is under the control of a Sycophantom if you see him wandering about aimlessly in a lethargic manner, oft times grinning away with his eyes constantly looking down at a smartphone in his hands and not once looking up from it. Their facial features also become increasingly pixellated as if they were being censored. In truth, the victims are slowly losing their personalities and become increasingly unidentifiable. The longer the victim has been enthralled, the lesser pixels you can count until only one remains- at which point the victim dies. (Rumours claim that they eventually become Mega Pixels .) The Sycophantom will lead the victim further and further away from civilisation and society, until he is never seen again. 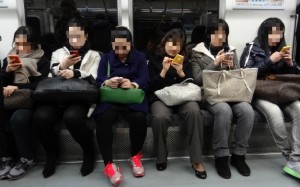 Victims of the Sycophantom are easily identifiable by their bowed heads, pixellated facial features and their lethargic and listless demeanour.

The Sycophantom is weakest in areas with bad reception. So if you find yourself with a Sycophantom on your tail, immediately run to underground areas, into a tunnel or under a bridge. Note however that many heroes have died at the hands of Hall Minotaurs, or underground Boss Monsters whilst trying to escape.

Always try to lure the Sycophantom into areas with poor reception before engaging it. Never let it get too close. It is important to keep it out of earshot so you can't be charmed by its obsequious attitude. Once you start fighting it, kill it before it raises its head. The Sycophantom will keep its head lowered but will try to make eye contact once it gets comfortable in your presence. Keep the fight as short as possible to prevent it from revealing its face.

Although it is unadvisable to ask the Sycophantom for a wish, a hero may get away with having at max ONLY ONE wish granted. The Sycophantom takes a couple of wishes before it will raise its head at which point there is no turning back and a while longer before the hero gets enthralled. But be warned that the more wishes get granted, the harder it is to escape the Sycophantom and the more Godpower is leeched.