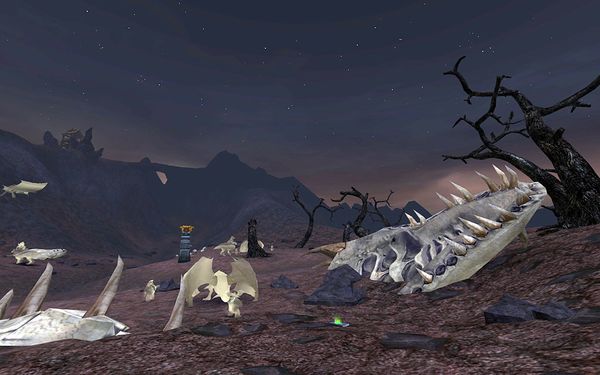 The Swamp is situated between the Eastern Magmatic Plumules and the southern desert near Los Demonos.