Strange brew was obviously designed to be imbibed,[4] but the effects of its consumption are neither refreshment nor intoxication. Heroines can use it as a powerful de-worming agent. Any parasites in the heroine's system will be instantly exterminated on contact with the liquid. That being said, most heroines are sad and lonely travelers who enjoy the company of their Stomach Bug or Toxoplasma gondii.[5] As a result, the overwhelming majority of adventurers simply sell off the strange brew, using the resulting coins to buy some standard brew at a standard bar.[6] 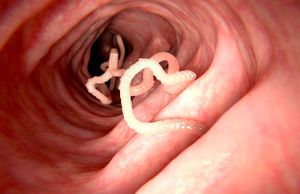