Difference between revisions of "Spontaneous combustion" 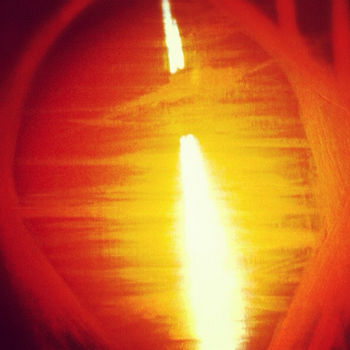 Hero often appears as a white-hot pillar of fire in the midst of the inferno.

The hero drops all inflammable items, raises arms to the sky as flames burst from his/her chest, and disappears within a roaring ball of fire. Within seconds it is gone, and the pile of ash on the ground stirs as the unharmed hero climbs out. Severely scorches everything within the skill radius.

All the power and range of a crackling holiday hearth fire, but may pop with stinging sparks or cause the enemy to become uncomfortably warm.

A decent autumn bonfire, often singeing the enemy's hair and blinding it with smoke as from uncured firewood.

A pillar of fire like a turkey deep-frying accident, shooting superheated flames high into the air and spewing blazing missiles over a wide range.

The cloud of fire erupts with a startling roar, reducing patches of the opponent's hair and clothing to ash. The ground smolders, too hot to approach the glowing hero, sending many fluffier enemies running in trails of smoke for the nearest stream.

A deafening, blinding hurricane of face-melting fire from the heart of the storm, the hero transfigured into a white-hot star. Enemies fall in charred heaps, their last thought disintegrating in the intensity of the flame.