Difference between revisions of "Solar Bear"

These gargantuan animals are closely related to the Bipolar Bear, but much more ferocious and much more dangerous. Long ago, the ancestors of these beasts traveled southeast from the frozen tundra plains to the great deserts and magmatic plumes that surround San Satanos. Perhaps the bears searched for food, perhaps they fled from their bipolar cousins; whatever the reason, over time the bears mutated from white furred animals to their current form - gigantic bears (black or white furred) with glowing crimson eyes, razor sharp claws and frequently exposed flesh and bone.

These bears are aggressive creatures with unique healing capabilities, from which they derive their name. While Solar bears main source of nourishment is the flesh and meat of their prey, solar bears also gain energy from the sun's rays, which sustain them and regenerates their wounds.

Though it is rumored that solar bears are drawn to serve masters of the purest evil hearts with the strength to tame them, they have also been seen bonded to the truly righteous. 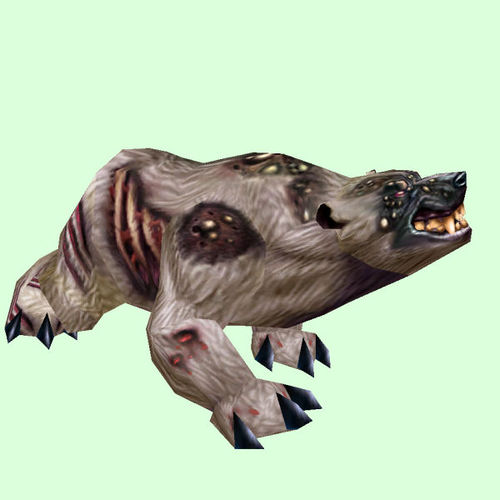