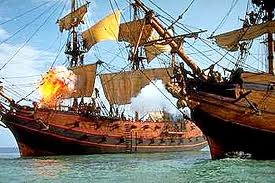 To celebrate our guild's anniversaries, the Silver Raven Piracy Guild opens up a special dungeon for anyone wanting to be a Raider, with great treasures awaiting the adventurous.

Kept floating in the skies by a device known as the Storm, it is surrounded by never ending "adverse" weather conditions ranging from blizzards to typhoons to sandstorms to lightning storms. The city itself is protected by an energy field called the Eye projected by the Storm.

Although the city is currently little more than ruins, we shall rebuild it into a city worthy of the greatest pirates to ever set sail in Godville!