One day, while Alicia the Moderately Cunning was slaughtering innocent monsters, extorting poor villagers, and otherwise minding her own business, she found herself suddenly attacked off the coast of Last Resort . The Pirates who attacked her and who proceeded to steal all of her gold and valuables, but only after they regaled her with stories about the hardships they had suffered while trying to find a piece of something and become the prince of pirates.

Fortunately, Alicia was able to use her half a brain (Which is absolutely more than most heroes have!) to escape. While sitting at the bar that night, however, she realized an important and shocking truth; pirates make a ton of money! Who knows how many beers those guys could afford (When their victims don't kindly accept their being robbed of course)! With that, a new guild, the Silver Raven Piracy Guild, was created!

If the Raid proves to be a success, then the guild will hold a Raid Party, a weekend long affair where anyone can come as long as they either joined in the Raid or bring snacks. If you decide to come to one of these parties, feel free to stuff yourself on delicious entrées like the Plunderer's Treasure and have a drink of our special Ship in a Beer Bottle. 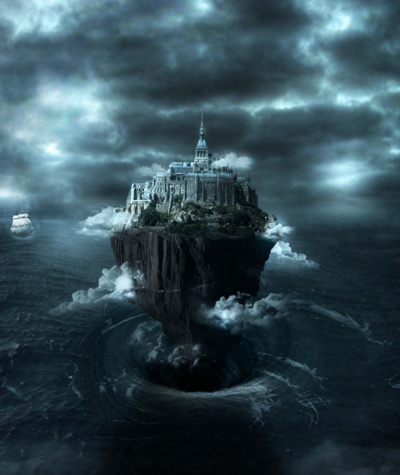 To the south of the palace are the homes of the Silver Raven pirates, each uniquely outfitted to its owner's tastes. Inside the residential area, you will also find our pool, made of liquid gold. Finally, to the west of the homes is the tavern, currently stocked with the largest supply and variety of rum in all of Godville!

If you want to start plundering other heroes, simply give your hero the command Join the "Silver Raven Piracy Guild" guild