Quirkytown is a small village built inside a crater. It was founded ages ago by a race of sprites called the Quirks. They lived a life of leisure and happiness until heroes arrived. That fateful day they were absorbed by heroes who now carry them in their heart. That's why prayers are more powerful here as it is the only place where quirks feel glad, and thus lend their power to the praying folks.

Nowadays, Quirkytown is inhabited by some curious people who display manners and attitudes obviously full of quirks. This population along with their particular dances make this town a place worth visiting. 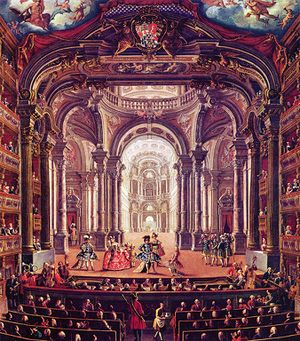 caption: a section of the stage
Retrieved from "https://wiki.godvillegame.com/index.php?title=Quirkytown&oldid=118627"
Categories: