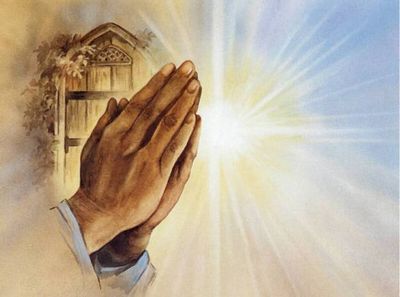 Heroes may also pray in Town, when Resurrected, or in a Temple. Usually when they go to the Temple, they donate money, therefore increasing the amount of GP earned.

The first step is to roll out a carpet to keep the holy site clean. It must be the preferred color of the God. Next, the worshipper must perform the ritualistic dance his God programmed into him at birth. This dance symbolizes the birth and death, the love and hate, and the undying bond between the Human and their God.

After 10 minutes of continuous dancing, the hero must actually say the prayers. The prayer book given to him at birth is taken out and flipped open to a random page. If the page selected is blank (heroes must learn new prayers or create them and write them down in the book), then the hero must make one up.