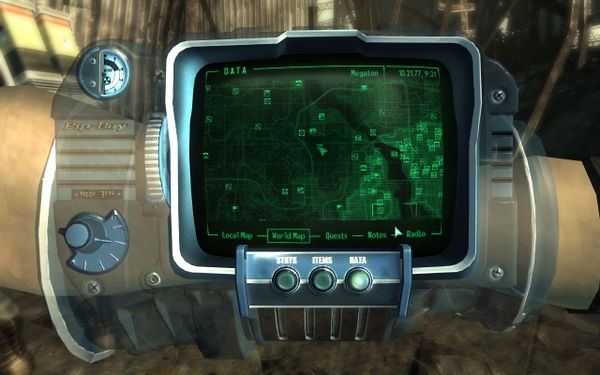 This is the much improved version of the acclaimed Pipboy 3000, with many improved features.

The holographic model is favored by heroes for it's flashing lights and pretty colors light weight and hero-friendly design.