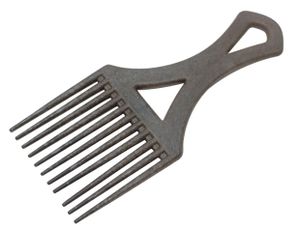 The Pick of Destiny may not be what you think. A movie by the same name may mislead some to believe it's a guitar pick. This item is actually an ancient hair comb that was imbued with magical trans-formative abilities during its creation.

The Singsingalong tribe, whose culture became well known after extensive archaeological research and publicity, were responsible for making the Pick of Destiny. The shamans and wise men of their people understood the importance of daily grooming. They understood that hygiene is a method of transcendence, and that is why today we say cleanliness is close to Godliness.

Although many artifacts, including this one, were recovered and cataloged during those digs in the southwest of Godville, most of the area itself remains largely uncharted. Sources close to this writer insist that Unspecifiedistan definitely might be in that region. If there is any truth to that belief, it could suggest a possible link between the Singsingalongs and the founders of Unspecifiedistan.