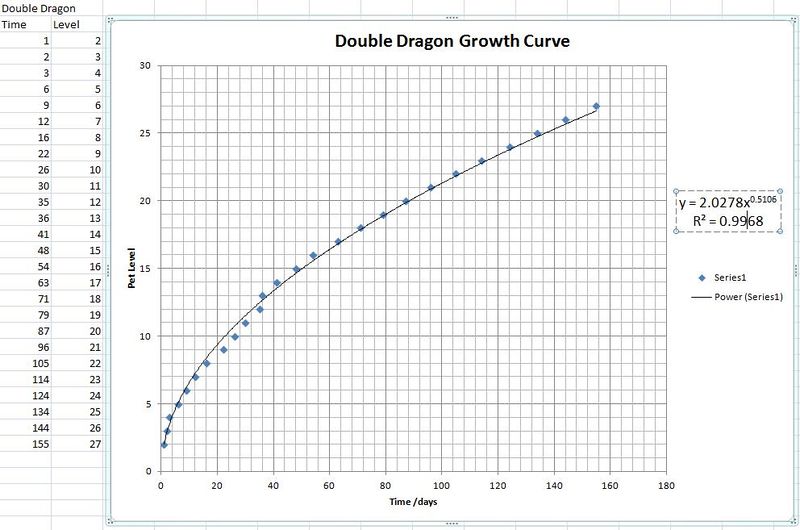 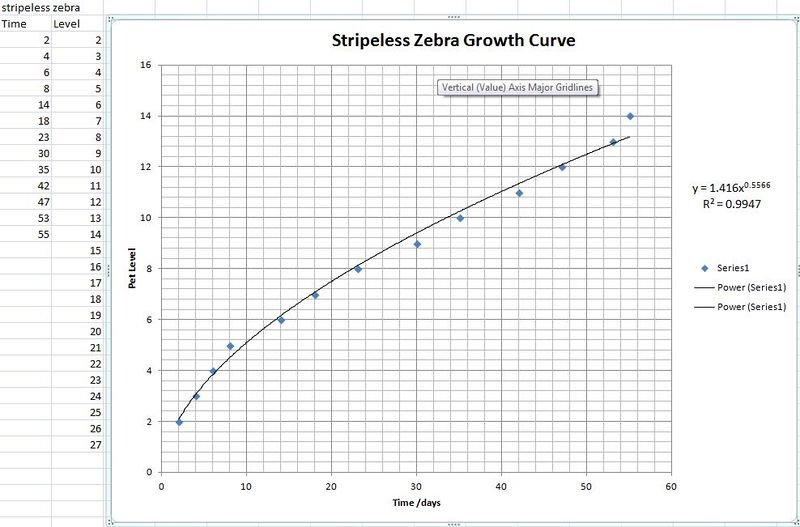 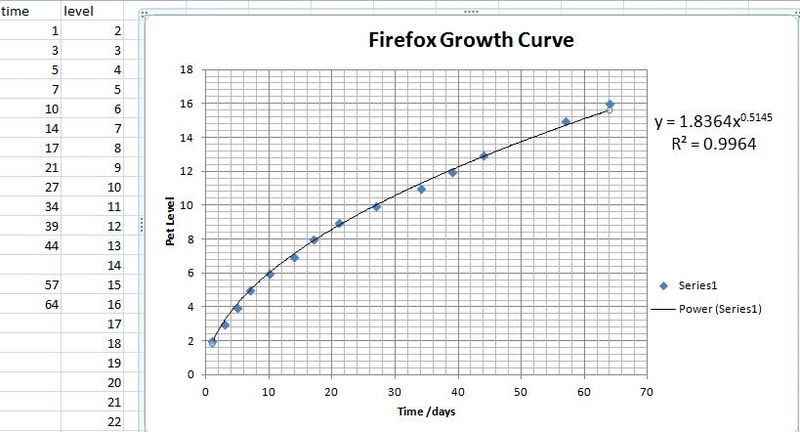 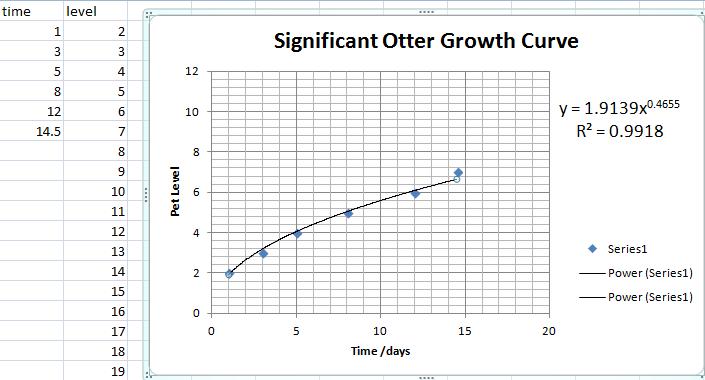 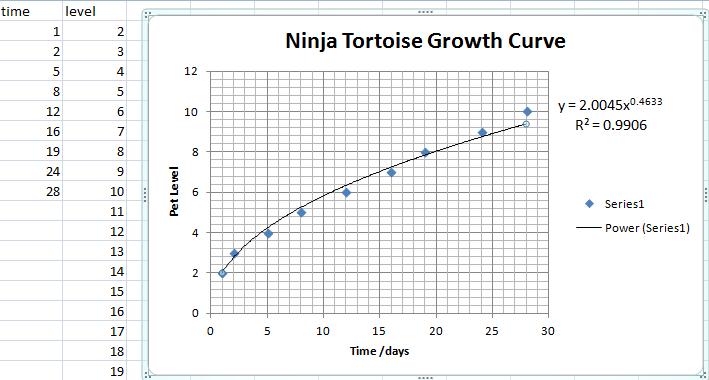 Of course it may be a happy coincidence that you can do this, but there's not much else we can do now until we know the exact threshold hero level for each pet. A wau to gather this information would be to write a script to trawl the pets of Godville for the information we are level ranges for, but nobody has bothered to do this yet so we'll have to wait. For now, if we want, we can lie and say that we now know the growth of any pet follows the equation L = kt0.52 where k is the growth factor of that pet species, which correlates with the threshold level a hero must be to tame that pet species.