A state of goodness directly above Virtuous, and right below Pure good! This increases as the hero is continually encouraged. Symptoms: 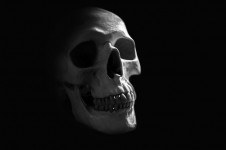