Difference between revisions of "Moon a werewolf"

This quest requires a Hero to make himself quite vulnerable, and those who have completed the quest nearly always need to visit a surgeon. The quest began as a philosophical question: "If exposed to two full moons in one night, what happens to a werewolf?" This question was tackled by academics and occultists, who produced journal articles, debates, and a series of lectures. When the question trickled down from the ivory towers to Molotov's Cocktail Bar, Floorboards, a local drunk, stood up and ranted that he would "show all those eggheadsh howsh a Hero answersh a questionsh!" He staggered off toward the Forgotten Woods, but passed out at the 29th milestone, thus beginning his Heroic career. The full moon occurred six nights later and Stephanie Ransom successfully mooned a werewolf in Sleepless Hollow. The monster became enraged and morphed into a Dire Wereworg, proving the Double Moon School's theory of Monstrous Expansion correct. The Dire Wereworg howled at Stephanie Ransom's backside one time, then attempted to disembowel her. The Almighty Babboo intervened, saving Stephanie Ransom's bowels and most of the rest of the Heroine. 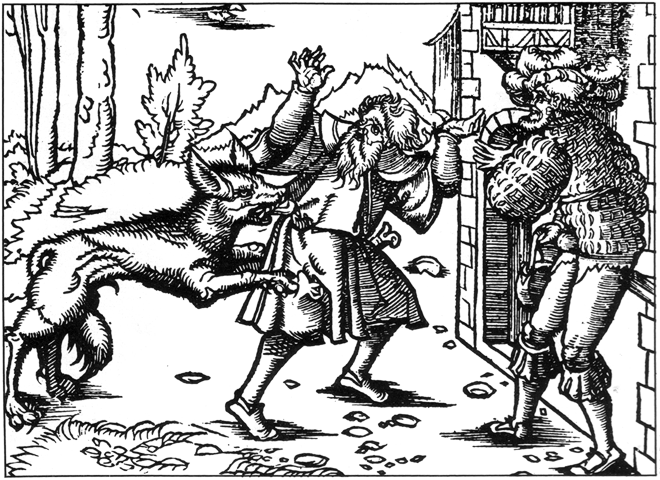