Difference between revisions of "Los Adminos" 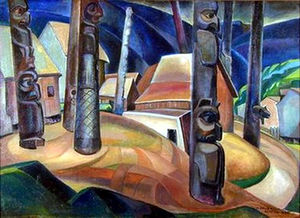 Los Adminos is one of the least populated towns and is ruled by a shadowy organization known as The Admin. It lies at the edge of the known world on a small island in the middle of the Qu'tox Ocean.

Countless billions of years ago, there was nothing; nothing at all, for the universe did not exist. Then, in no time at all, for there was literally no time at all, there was nothing... which exploded. The result was three supreme gods being called into existence.
After creating an ocean covered world, they carved a small island in the middle of the great expanse of water and placed upon it a village they named after themselves: Los Adminos. They created silicon-based villagers to inhabit the place and taught them how to be civilized and how to worship the great gods. They then went into a deep sleep having created thousands of gods more to do the rest of the divine work.

After many millennia had passed, the people of Los Adminos still worshipped the Server which so long ago they had been charged with looking after. Every day they sacrificed pure silicon to the server causing byte code to rain down from the heavens instructing them of their next task.
One day they were disturbed by a gang of passing heroes. The heroes razed the village to the ground and pillaged everything precious. Enraged by this sacrilege, the villagers with the help of the powerful chief Godville Administrator harnessed the byte code and created the Banhammer.

For thousands of years, the villagers, now calling themselves The Admin in honour of the three supreme gods, brought justice to the world with this terrifying weapon and only heroes with kind personalities were allowed to live. Eventually the villagers were divided into two factions: those who opposed the banhammer and those who used it. A great war ensued with the net result of the banhammer being outlawed. The losers of the war were stripped of the title 'The Admin', and the winners took control of Los Adminos. Many more thousands of years passed and the war was forgotten. The villagers were happily ruled by 'The Admin'. They carried out their worship of 'the server' and all was peaceful.

Today they carry on with this and build great monuments that they call HTML which is an abbreviation of Huge Totem of Monumental Length. Legends say that if the people of Los Adminos ever stop worshipping the server, an apocalypse known as the Server Crash will occur and the universe will be destroyed. Some versions of the legend say that another event will follow known as the Reboot which will restore the universe.

The Qu'tox Ocean is feared by many an experienced sailor for its lethal maelstroms and unpredictable weather patterns. The only known group of islands in it is the legendary Sacred Archipelago with only one inhabited island, for the rest are wastelands. This island is home to the inhabitants of Los Adminos, a small village mostly isolated from all other civilization. Here, the earth is rich with silicon allowing unique inorganic flora to thrive. The island is laced with hills and freshwater streams and many animals here cannot be found anywhere else in the world. The tropical climate brings warm sunshine normally but in the monsoon season it never stops raining at all. This allows the growth of large tropical rainforests, which are mostly in the south of the island.

This inaccessible town is dotted with HTML's (see History above) and the houses are simple but cozy. Heroes occasionally wash up on the shores and they are treated with good hospitality and then sent on their way. The villagers do not sell weapons or any equipment for they are pacifistic, but if one searches hard enough there is usually a shifty trader willing to sell for outrageous prices. At the western region of the island there is a lagoon known as The Blue Portal Lagoon for its circular shape and the variety of life that lives under the surface. This is the first place to visit for obsessive tourists who manage to make it to the island. They may then visit the Old Adminos Ruins that date back to the time before the creation of the banhammer. These ruins have not been studied much and it is predicted that the person who does extensively study them will become insanely famous. The location of the ruins is only known by the village elders who are rarely persuaded to reveal it to mere tourists. And the Godville Administrators roam and live in this place so heroes are too scared to go because the Administrator doesn't like vistors and he is the most powerful creature in Godville. He can ban gods from the Earth. Admins are also the controlers of the holy random, a force so powerful that gods can't control a single bit of it. It is the lifeblood of all the things in Godville.

The villagers in Los Adminos made the mistake[1] of building a bridge onto and off of their island in order to facilitate trade and the free movement of their citizens. Since then, heroic incursions into Los Adminos from the direction of Godville have become more and more common. From the direction of Unspecifiedistan, representatives of the famed Unspecifiedistan University Press have opened an imprint office in Los Adminos to handle the smaller print run items. The Admin have yet to comment on this activity.