Lion belch is a combat skill that requires years of eating garlic rings at the tavern. The heroine has to eat these garlic rings and produce gas via beer... Seeing as heroines drink beer so often, it's not hard to build excellence at this skill.

The concept of the lion belch skill is that the heroine learns to unleash a belch that combines a disgustingness of sound, repulsiveness of smell, and (if possible) gross projection of little bits of chewed-up food. When used effectively, this skill can inflict on its victims: nausea within a 30' radius; burning sensations in the eyes, nostrils, and back of the throat; a temporary blockage of sufficient levels of oxygen entering the lungs.[1] 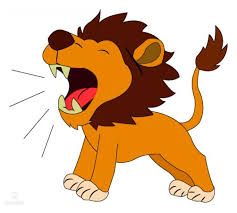 After the heroine further trains this skill, the opponent will be forced to back away a minimum of 250 meters while pinching its nose to block the aroma.[2]