From GodWiki
Revision as of 23:54, 26 November 2017 by Enzuna (talk | contribs) (→‎Parts: edited to reflect that earlobes are now shreds, which should make it obvious that they are not placeable :))
(diff) ← Older revision | Latest revision (diff) | Newer revision → (diff)
Jump to navigation Jump to search 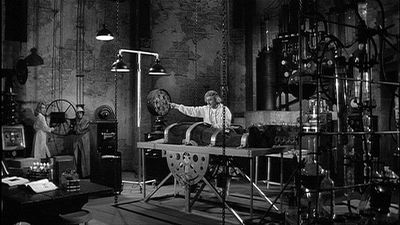 An assembled boss-monster requires one hundred pairs and one each of a fur, set of horns, ear, eye, heart, rib, fillet, paw, hoof, and tail. The lab can only store one of each part at a time. A hero can discard a part from the lab at a cost of 50% godpower.

Parts from an explosive boss-monster are not usable (or capable of being placed) in the lab, e.g. shreds of the boss monster.

Once a hero gathers a full set of parts, the Lab will display the potential assembled boss-monster’s estimated power level and provide the god with the option to awaken that boss-monster.

The estimated power of the boss-monster is calculated as follows:

Gods often wonder how many treasure bosses must be defeated to obtain ten different 3 ability parts. Answer: on average, thirty. This is explained by the coupon collector problem. Note: this answer assumes the following: