Difference between revisions of "Isotop" 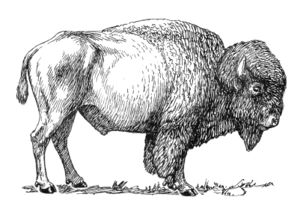 G.E. 1978 A variation of the "HIGGS BISON", which became Isotop's first ever Guild Totem monster, through a vote of 6-5-4-1 in the guild counsel. 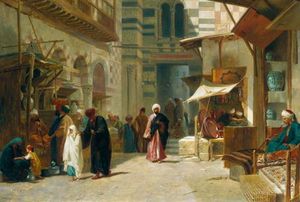 G.E. 1923 The City of Tradeburg became Isotop's Unofficial Home of Record by a vote through the Guild Council, with Los Adminos losing by one vote Current Popularity: 1% as of 2210 g.e.

If you want to control your hero in a browser tap on godvillegame.com. Sign in with god name and password and away you go.

To read the most recent issue of "Godville Times" or go to the settings in the Godville app and tap "Daily Newspaper."

We are a guild that has a reputation of being the transient stopping point for a lot of wayward heroes. Picture some of those rundown hotels in NYC that house less than desirable tennants, and that is the reputation we have had for some time now.

But that sure as heck isn't what we want to be known as because heroes do make this guild home and that number is growing. Our guild might not have forum chats and we don't have an obligation to hold scheduled meetings. We are very laid back here, and our guild chat (if your god actually is aware Godville has one) has some very entertaining conversations based on some real simple things; subjects you wouldn't think would make a great topic. Our guild counsel members will make you feel at home. (French anybody?)

It's going to take some time to become a powerful guild like "Knights who say Ni" or "Blue Feather", and we may never have that many members. But our guild does spend time at the top 10% of all the guilds Godville contains for long periods of time, and that is with the help of active gods in our guild. We don't need the numbers, because we have that small town kind of feel.

Almost all of our gods are aligned good, but we do not have a preferred alignment, as we accept evil gods also, so anyone can join! However, we hope that all heroes that join our guild will be active in this game. We sincerely hope that whoever who joins the guild will be happy to stay and benefit from us. I want to thank all the gods that make Isotop home, and hope you can stay. It's nice to have you...and...

...After reading our guild page you would like to join us, type and send: Join the "Isotop" guild in your god actions (After completing your current quest or while your hero is idle being lazy ) And if your hero decided for what so ever reason to embark on a quest to leave us, type: cancel quest, which we do wish would happen more often, unless of course your hero wants to roam.

Thank you for making this guild your home away from home. :)

If you want to help the guild increase its influence in towns for a better reward, do encourage/punish your hero/heroine in town.

If you have any questions contact one of the below listed members.

The Race to the Medals

Links to world of, and ever-evolving info about Godville. PETS

The gods that have been around the block know a thing or two about how the world of Godville works. These gods are the oldest members of the Guild Council. These are the "Alchemist Elders".

This section is also under review by the SIGA.

We have a pretty simple Guild Counsel that at times can be very lively and at other times very quiet. It's a pretty open forum that isn't controlled. Any counsel member, new or old, can talk about anything that his/her heart desires. But as for all forums there are some basic rules members have to adhere by. It's not many, but not following the rules may have you "expelled" from the counsel (we have had one recent offender, but even so our turnover rate is too high, and even without rules, we've had a calm and peaceful environment). So without further ado, here are the rules of the Isotop Counsel:

Our Guild is amazing. We do have some long standing members, but we also have a revolving member list. These rules are general guidelines that, even before posting on this page, we have adhered to. Thank You to all that participate. :) This list is subject to change at any time.

This Isotop guild page is a work in progress, and is by no means near being finished. Actually...will it ever?

Active Members who don't socialize in the guild chat. It's not a requirement because we know all members have lives outside of Godville. "N" means New Member since last update.

11/10/15: This section is under review by the guild leader. We do have a revolving door as far as membership goes. There are a few gods in this section that have been a part of our guild for a long time, but the lower ranks don't seem to stick around, and as guild leader I would like to focus more on who contributes to our guild and participates in the guild counsel. So this section, just like the inactive/neutral section has been removed, might also be on its way out. Time spent updating this section is becoming time consuming. As of 5/28/2016 this section of the guild page will no longer be maintained. Active participation in our guild has declined in such a way that the only stats that should be tracked are guild councel member stats. As guild leader I know per the guild roster who has been a part of our guild length of time, but councel members add extra participation to our guild and deserve the recognition more. If membership increases like it was in the past this section might come back, but for now this section is null. GL

5/10/15 MAJOR GUILD PAGE UPDATE: ALL GODS NOT ACTIVE IN THE COUNSEL WILL NO LONGER HAVE THEIR STATS TRACKED. They will only be listed in this section as active gods in the guild. It was too time consuming to continue to keep track of gods that really don't know we have a counsel or even a guild page. Gods come and go. We have an abysmal record of keeping active gods around in our guild. So, this section has been condensed.

Past Heroes--RETIRED SECTION for now

Our guild is growing in size. Over the past 2 months we have grown to an all time high of 102 members. This does flux over time. When our count was lower it was easier to keep track of this stat. Our turnover rate was managable to watch to see who came and went in our guild. But as time has gone on, I've realized that the most important members we have are the ones that make the guild what it is. And as much as it was important to see who left our guild if they were a long time member, it also meant that with retention what it was this list was going to grow for ever. So because it seems like our guild is growing more popular, this list will be discontinued to allow more focus on members that continue to be a part of Isotop. This section won't go away, but it also wont be added to. The final member of importance that left was

Midnight Wisdom 庙 , the last prophet that was too inactive to matter. And that is how this section will end. Hopefully the members at the top of the ranks will be a part of us for a long time, and the top members will probably be added if later on down the road they move on. But for now let these gods and heroes be forever remembered and lets spend more time on who we have instead of who we had.

((old)) As Guild Scribe, I can actually see who comes and who goes; a task I've accepted with great pleasure. So it's sad to see our member numbers go down while only replacing the disappearing heroes with only a few new ones. So in order of rank, here are the heroes that have departed Isotop to move on in their adventure. They will be missed.

The heroes listed in this section needed to have been a part of our guild long enough to have made a name for themselves. When the regular, long-term gods notice they moved up in rank, they can come down to this list and see which god left for another guild. The requirement to be remembered in this hall is simple: make it to at least the rank of "chief master" before leaving (temple or no temple) and to have been aligned good or evil at some point of your guild journey. If you were neutral the whole time I will have never recorded that you were part of this guild, and I will not notice if you leave. It means you as a god spent some time in a guild instead of drifting the way the wind blows.

The memory of former, high-ranked gods will be remembered in this hall.

The construction of our Guild Hall is coming along nicely. Currently, our meetings are being held in a van down by the river, but... During our digging phase of construction, where we believe our guild hall should be located, with the help of some of the heroes and their pets, we were able to locate an ancient scroll from the original founders of Isotop. Locating this scroll enabled us to determine the original meaning behind Isotop and what the founders of the guild had in mind. Of course, the original scroll only exists in physical form, and does not currently represent the purpose of Isotop, but it is nice to know where we came from...

Isotop is an awesome guild that likes chips and salsa. We enjoy killing falcons because they're the best bird in the world. We also enjoy eating elephants. We also enjoy eating cabbage. We also enjoy eating pizza. We also enjoy eating baby cakes, specifficly Asian ones. Every so oxygen we will go out and dance to a song that I made that's a techno-glitchy mix because I'm a good song writer, and the only reasOn I'm not doing good is because I haven't been offered any jobs. We got our name from isotope which means science stuff. However, tope sounds dumb, so we decided to change it to isotop in memory of the one time I climbed on my roof. We hope to one day rule the realms of Godville, Warcraft, runescape, maplestory, xbox live, ps3, comcast, and the universe. Help us do this stuff by joining. K bye

This was the first artifact we were able to find intact of the origin of Isotop, with all the spelling errors included. But scattered around the area we were able to find some other evidence that current members were also part of the founding of Isotop, and were able to piece together all the founders of the Original Isotop Guild. Buried deep within the rocks next to some fossils of old heroes' pets we found this intact scroll

Help us do this stuff by joining or by yelling at your brain to go do it, cause your busy. K cya Ps. WE RULE. Pps. We also play Dungeons and Dragons k bye

which had the signatures from the following gods:

AlphaHunter   12/23/11 (who had changed the last words of "Dungeons and Dragons" to "Magic the Gathering", but according to Isotop historians, was flogged for making the unauthorized change, and it made a nice holiday legend (probably not for him)).

These were the gods that had a hand in the creation of the guild. All dated differently, probably because that was when they were able to make it to the meetings. It is also nice to know that two of the founders are still here...