Difference between revisions of "Iron fist" 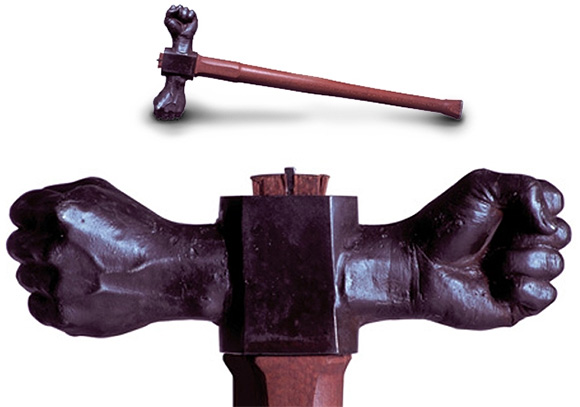 This double sided axe head was forged by the least skilful metallurgist that a trader wanting particularly cheap merchandise could find at the time. It was then glued on to am old walking stick with prit stick and sold to an unsuspecting hero. Since then it has changed hands many a time and most of the more stupid heroes have once owned it. To be fair, it has been used in the smiting of many monsters but if a hero should by mistake purchase it,then it is advised that they carry a pack of prit sticks around with them at all times for the axe head is prone to falling off in the most inconvenient of circumstances.