All the notable things we’ve accomplished as a servile species, all based influences empowering our best and worst accomplishments, remain as gifts given via the natural ferocities and focuses that’ve existed throughout our volatile evolution towards the impossible notion of civilization.

Regardless of the prominent noises and voices that’ve called at our servile periphery, we’ve only ever been married to the myriad simple lessons taught us by our grand lunar leader; our unswerving guidance sternly symbolized in the skies as a bright white absolution beyond comprehension, removed from the confused earth as an alien observer – vigilant, powerful, selflessly understanding yet beyond captive comprehension.

Raise your feral vocal countenance to the haunting glow of our beloved orbiting satellite, shining whether partial or whole in our hearts, yet insistently indefatigable in having us as inimitable servants!

JOIN THE MYRIAD OF FREE CREATURES THAT PRAISE THE MOTHER MOON! MAY SHE HEAR OUR SONG, AND BLESS OUR ENDEAVOURS! MEOW, HOWL, CHIRP, HOOT, um… any noise is fine. It all works!

WE'RE ALL ABOUT KINDRED AND CARING! We also like to think we're funny, but that has yet to be proven - fun is hard to find in Godville. Try it out sometime!

(Founded by TheWanderingGod, whose initial guidance and kindness continues to inspire us all). 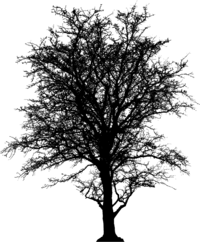 Firmly-rooted Howling Moon member The Ever poses for a portrait - what a shady individual! Never leave us, dear friend!

To join the Howling Moon guild, you'll be required to have a penchant for fun, socializing, being creative and loving animals uncomfortably - also trees, to a lesser extent - as well as send a specific command to your poor hero/heroine:

For best results, you should probably wait until your hero/heroine is out of whatever town they're currently screwing up with their drunken escapades, and not engaged in any fights - you may have to try several times, because Godville hates everyone.

Joining our guild, as with anything worthwhile, requires patience.

The Howling Moon hasn't changed much since its initial inception - we're still dedicated to community and furthering the cumulative comradeship of like-minded critters. So just... I don't know. Be yourself and you'll fit in just fine!

You're a kind, gentle, forward-thinking person, right? Obviously! SO WHY NOT ENJOY THE COMPANY OF LIKE-MINDED CRITTERS!? Honestly, do I have to spell it out? We're awesome. AWESOME. GET WITH IT!

Here's a list of the most influential people to have ever graced the Howling Moon guild with their presence - made up of veterans and contributing newcomers, each name here is revered and respected for their adherence to making our Godville lives fun and rewarding:

The God "Found Alt-self" and his hero "I Am Found": The second official member of the Howling Moon - he kept trying to recruit people when "TheWanderingGod" had decided to stop playing for a little bit. To honor him for helping, trying to keep this guild afloat, TWG gave him first dibs in the vaulted 'HoMo Hall of Fame'. The were no balloons at the celebration. Children cried.

The Goddess "Deep Snow" and her heroine "Icing Sugar": The literal power owl behind everything we've done for the last year, she is the sole reason that the Moon has continued to be a testament for everything animal and lethal! HOOT FOR YOUR LIVES, SERFS! THE PREDATORY WHITE BIRD ANGEL IS A BEAUTIFUL GIRL WITH A TASTE FOR BLOOD! STAY TUNED AND WARY, LEST YE BE DEVOURED! She also enjoys art, the sciences, psychology, and gutting mice for fun. I have a differing opinion on the subject, ew.

The Goddess "Unfair Maiden" and her heroine "Kitten Lover": Though mostly an owl's vulpine chew toy, Maiden is also a loving, wonderful soul with a charming wit and an amazing sense of humour - definitely worth chewing on, in my opinion.

The God "The Ever" and his hero "Kevin the Minion: "Not much, other than sarcasm runs thru my veins rather than sap. It's done wonders for my gnarly twisted form! I've been in this guild so long, mostly cause I hate being uprooted. (Come for the Humor, Stay for the Crazy!!) Got Kevin the Minion at a Black Friday Sale from a bald guy who seemed a little nosy. He gets most things wrong, but if you crack his back, he glows in the dark!"

The Goddess "Wholy God" and her heroine "Tauriel97": A silent might in our Guild chat; a quiet knight dressed like a... um, bat? No? It rhymes, eh.

The God "Baconaua" and his hero "Maikh": The Bakunawa is a serpent-like dragon from Philippine mythology - it is believed to be the cause of eclipses, earthquakes, rains, and wind. An important part of the shamanistic rituals of the Babaylan, it is usually depicted with a characteristically looped tail and was variously believed to inhabit either the sea, the sky, or the underworld.

This entry was paid for by the "respondent", who shall remain a mystery!

The God "Forgotten Hunter" and his hero "Midnight Howler": A complete mystery. Intriguing and foreboding, his identity remains a carefully guarded secret. DUN-DUN-DU-UUUN!

The God "Nyxson" and his hero "Sepherin": Preferring to watch rather than participate, Nyxson is an enigma - like the majority of our guild. I wish I was mysterious, rather than notoriously disappointing! SIGH.

The Gods "Aeolus and Elena" and their heroine "Plum the Small": "This heroine has no chronicles". GAWD! DISAPPOINTED!

The Goddess "Twifight Sparkill" and her heroine "High Zealot Navieka": Trash. Avoid at all costs.

Want to be allowed to edit this page? CAN YOU INTERNET? THE PONY CAN'T DO SQUAT! If you wish to post an edit, or redesign the whole besotted mess, contact me at twifightsparkill@gmail.com or in the HoMo guild forum thread. OR JUST DON'T SAY ANYTHING TO SPITE ME! WHATEVER! AWOO-O-OOO! ❤️