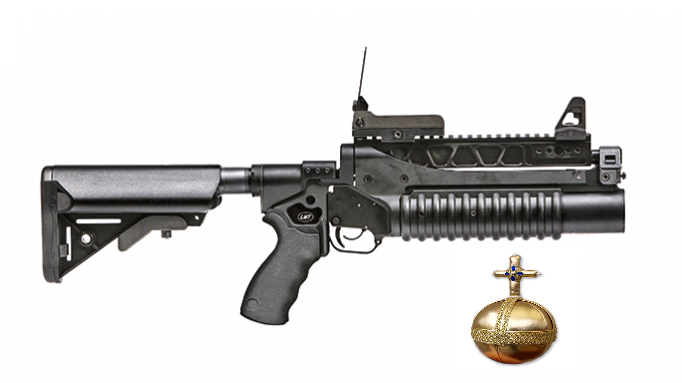 Hand-crafted in the far away city of Antioch, holy hand grenades are a staple of religious-oriented warfare since decades. Despite being a potent explosive, the holy hand grenade suffers from two major inconvenients: it's range is limited by how far it can be thrown (a serious problem for heroes with pencil-thin arms) and the correct time following the pull of the pin for optimal chances of not blowing up with the grenade is often forgotten (it's "Three", neither "Two" or "Four". Five is right out.). It's manufacturers solved both problems by creating a launcher and replacing the pin with a fuse, allowing much greater range and no need for counting. Of course, there's always the risk of a misfire, especially by heroes, but you can't satisfy everyone.