Harbingers of the Primordial Dusk

Harbingers of the Primordial Dusk is a guild founded on the Four Tenets of Darkness by the heroine Fionnira.

If you'd like to learn about the historical cult which the guild is named after, see Fionnira's biography. However, it is not relevant to our current guild, as it was a corrupt and power-hungry organization which was only correct in its teachings. 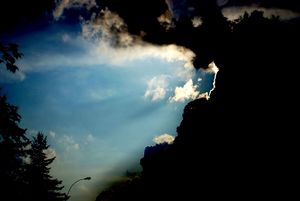 Lightness was introduced concurrent to Darkness.

We believe in the Four Tenets of Darkness:

I. Before the World, there was simply Dark.

II. The Dark is where we draw our strength and our power.

III. When the World was established, Lightness was introduced concurrent to Darkness.

IV. There will be a day in which Darkness reigns again!

Joining the Harbingers of the Primordial Dusk

To join, you should send this command to your hero:

Please note that in order to not lose Godpower, your best chances of success would be to send it while your hero is not in a town, and not while they're fighting a monster or doing any other obvious activity.

Showing Off Your Status

If you would like, you may show off your membership status by putting the symbol "🝯" in your hero's motto. This is the alchemical symbol for night, and will help us to identify each other should you reach a high rank in any pantheons. (Note that this symbol doesn't show up on Android smartphones or in the app (I don't know about iPhone yet) but works just fine on the desktop computer.)