Hall of Records - Register outstanding achievements of gods and heroes, divided into categories. Data current as of 23 Mar 2019 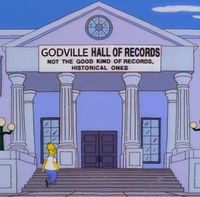 (U • C • T)  on Day 2050 g.e. as a way for old-timers to remember the achievements of ancient times. After the Hall of records forum thread was created the day before. To date, there is almost a page and, of course young and ambitious Gods regularly fall into an awkward situation by publishing a "record" that is often not up to the magnitude of their elders. Of course, this does not diminish their accomplishments, but refers to a personal record, which can (and should) be fixed in the chronicles of the hero.