Key tips read this if you read nothing else.

A directly attacks B

A indirectly damages B through an object or 3rd party

A does something, B hurts self

A does something, B blocks/evades somehow

A missed or didn’t attack at all

A and B are both hurt (Thanks Tlazolteteo)

I constantly say what matters in arena is skill, charges, and then luck in that order. In this chapter I will explain what I mean by skill.

Knowing what to do and when. Knowing why you win and why you lose. Means doing everything deliberately and not claiming the great random for your defeats. For instance knowing when remembering to restore your god power. It's a common mistake people make and it can easily cost you a match if you're not restoring properly. Knowing you will get three successful voice commands out of 10 annoying one out of every six actions will backfire is going to help give you an edge on an opponent lacking those same basic skills. Your skills will determine your strategy and your strategy will be determined by your opponent, the type of fight you are in and if you are willing to pay or not. Whether or not you decide to buy charges you can still win with proper strategy in the arena. But not everybody can win all of the fights even with the best strategy and all of the charges in the world the great random still has an effect in the arena. Do not let your losses discourage you. Keep trying and learning and get better.

That was the introduction, I'm going to get into strategies now for different types of fights. Fight types include special fights and everything else. I will discuss my strategies in special fights first first.

Count your's and theirs actions and voice commands. Hold back in the beginning of the fight until you know what your opponent is going to do. If they come out slow, come out slower. Do one vc for every other one of theirs. If they come out hard and fast, give them that first turn then play defensively. If they are punishing each turn use defend vc on theirs. Otherwise if they are switching up their actions stick to heal vc. Keep encouraging yourself and if you see an opportunity take another action from them. Best done when you know you're got high success of a voice command coming through and no chance of a backfire coming up.

If you get a backfire and you're counting their actions and they have one coming up force them to get there by attacking. Use the rest of your guaranteed not to backfire actions within reason to lower their health so they cannot recover from a backfire and will heal you instead. Without the ability to restore more charges and come back from it you will already be up and action on them from the start and you can switch to just voice commands.

Make sure you count your charges. When you try to use your 4th charge a message will come up alerting your opponent that you have no more charges to use. This can be used in two ways, either by tricking your opponent when you have a lot of GP and making them think you are out and possuming them into using all of theirs. Or by avoiding the fourth charge and not letting them know when you are out.

Wiki links and game news, reading as much as you can even if it's outdated is going to help you be a more well rounded player.

♥ Actions: A23456 (worth 3 times their face value. Ace is a backfire, roll dice to get value of backfire)

♣ Actions: A23456 (worth 3 times their face value. Ace is a backfire, roll dice to get value of backfire)

5: repeat step 4 as player two's turn and continue that way until 1 players total health is diminished past 0. 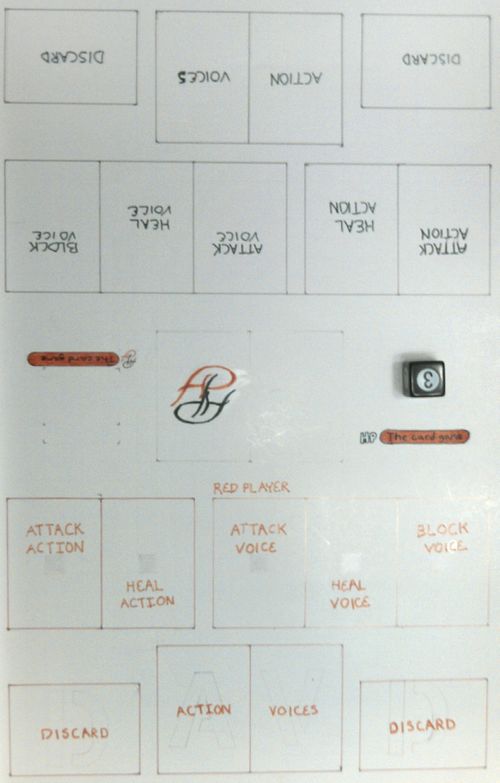