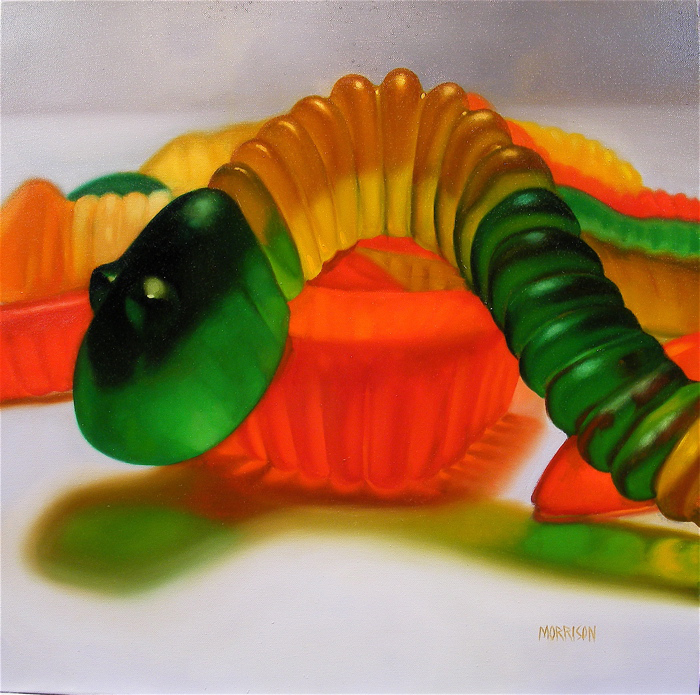 The Gummy Wyrm was at first a regular gummy at the dawn of time. It turned into a mutation when heroes left some gummies at a plant where radioactive plastic was being made. Thus, made the Gummy Wyrm. Soon, their population multiplied until it threatened the hero population. Heroes labelled this creature as dangerous and huge hunting sprees over the years. Gummy Wyrm has made the animals of dinosaurs and dodo extinct. It's known for getting support when it is next to a gummy factory. Its reproduce rate is extremely high, but it is not seen often because it was forced into hiding. However, it still threatens the whole animal kingdom and is responsible for the near extinction of several animals.