The Glance of Kaa is a Combat skill - hypnosis mixed with charisma.

Kaa was widely known as the greatest trader on the world.

He had everything you needed to buy, from pets to weapons and armor to your daughter. If you had anything to sell, he would take it, revamp it, and sell it for double. People had always wondered how Kaa did it. Was it his good looks? His throng of very large body guards? No, it was all in his eyes. One glance and you'll empty your pockets to him, and walk away with enough gold to buy only half of your dignity back.

When Kaa's secret was found out, people wore sunglasses and blindfolds to counter his glance. It didn't last long before Kaa was left in the dust, poorer than any vagrant on the streets. 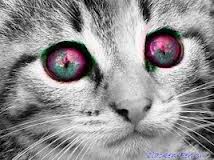 So he began teaching his glance to everyone who had a coin. No one knew he was doing this, so their blindfolds and sunglasses were left on the dressers by their beds. Eventually, enough people knew the Glance of Kaa that it was pointless to try to combat it. Now anyone with a coin in their pocket could get whatever they wanted.

You will give me all your gold bricks, now !