In a world...where tartar sauce is expended in the search of catfish allies, all in hopes of reaching a new age of fishy goodness.

The guild consists of mighty gods who will stop at nothing to protect the guild's name and their followers from fish-stick mockery and foul language. We are proud to introduce to Godville the great Mother Catfish whom we serve and praise.

(And once we can figure out how to upload a picture she will be seen by all!!!) 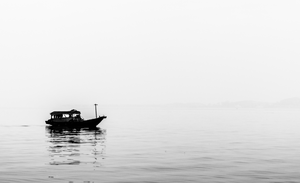 Although the true origins of the guild will, perhaps, be lost to history, guild historians have worked hard on unpicking the truth from all the blurred tales of local residents. The story, as currently understood, is as follows:

The mysterious story of how our sacred Mother Catfish formed a friendship with the founder of this guild, a world class chef... Clueless for some weeks, they finally found the memoir of our founder. They needed a few more days to be able to decipher it fully, due to the state of decomposition of the little book, eaten in part by termites, sticky with spider webs, and splodges here and there with an unidentified sticky substance. They then elaborated their to their guildmates what they had discovered.