Firefoxes are an extremely rare animal living in Godville, but luckily, they can be tamed and become a pet. Once they were very plentiful across the world, native to almost every land, which is why in some old paintings a firefox is depicted as wrapping itself around the entire planet... 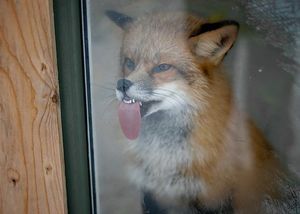 When left alone, they look like ordinary foxes, orange fur and dark feet, but when angered, their entire body changes. Their fur turns a snowy white, eyes change to red, and their power level rises to OVER 9000!!!!!!!. Heroes tend to attack them, not knowing that the ensuing battle will be deadly. The monsters are able to blast fireballs that can burn through metal, so extremely strong armor, or an extremely agile body, is needed to survive.

Even so much as touching the monster can kill a hero. The only positive thing about this monster is that it can use its powers to help the hero once it is tamed. Despite the degree of danger it is believed that these creatures are actually quite friendly and playful once tamed. They will do whatever it takes to keep your hero alive, whether it's giving them CPR or tripping an opponent, these are awesome pets. 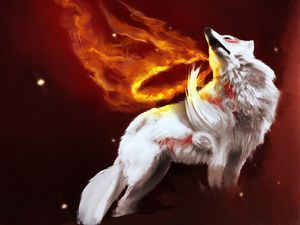 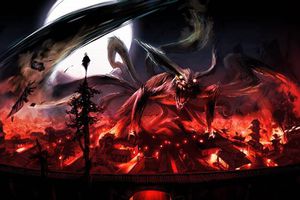 In very extreme cases, a Firefox evolves into a nine tailed fox. It has been said that these creatures are the embodiment of thoughtless rage, and live for destruction.
Retrieved from "https://wiki.godvillegame.com/index.php?title=Firefox&oldid=18287"
Categories: