Difference between revisions of "Evil Giraffe" 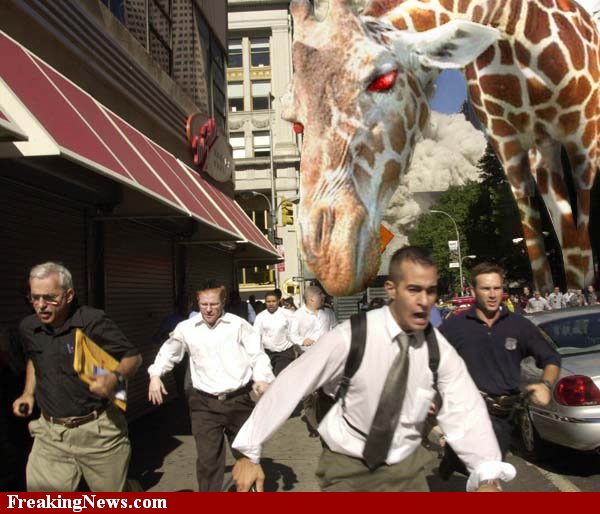 Eventually, the Evil Giraffes were b& from the herd and forced to live somewhere else. They migrated to the woods and evolved to change their skin color and height. They now have greener skin tones and measure about 10 feet tall. This way, they blend in with the trees and can still eat tree leaves. Heroes must be careful when traveling through forests, as the EG's have hatred toward anything that doesn't look like them. 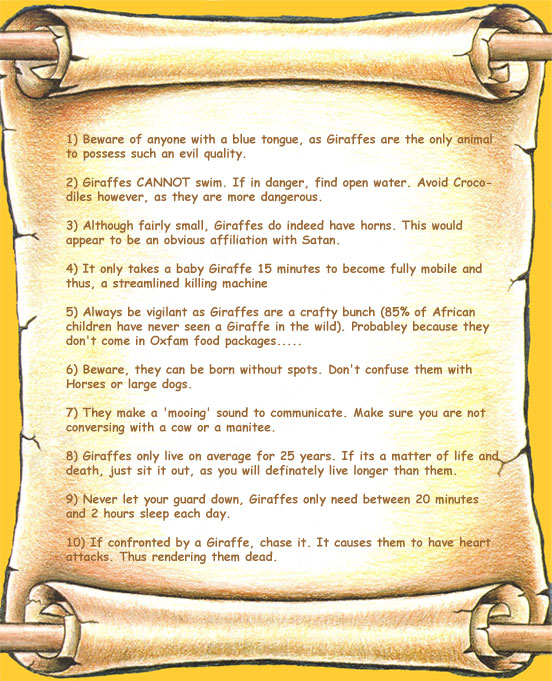