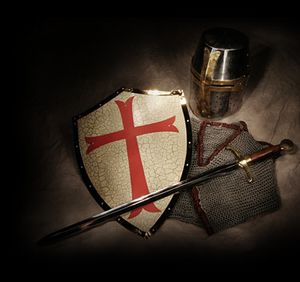 Heroines can get equipment in towns by either buying it, or as a gift from their Guild. Depending on the type and effectiveness of the equipment, it can cost a ton of money. Sometimes though, you may find that your hero missed a big sale or simply did not find anything interesting in a store and simply didn't buy a new set of boots or anything.

Legs are originally a second pair of arms, heroines of ancient times realized that they could be adapted for the purpose of travelling. The gods, surprised at the uncharacteristically clever idea, worked on improving the design of the legs until they reached the present day version 7.0.1 and since they were so radically different from arms, new pieces of armour had to be forged in order to protect these new appendages.