Difference between revisions of "Earwax candle" 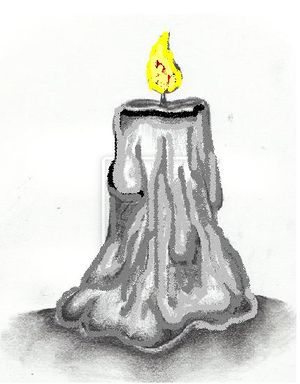 An artist rendition of an Earwax candle

Earwax candles are favored by the inhabitants of Bumchester As they are a cheap and abundant commodity.

Usually stolen from passed out bar patrons the earwax is quickly squeezed and formed into crude shapes, then sold back to the same patrons as they leave the bars in the middle of the night.

Although well known for giving off excellent light these candles reek something awful when lit. That being the case traders with a sense of smell will typically hornswoggle these items from those Trying to sell them,

Example "The trader hornswoggled the hero and got his earwax candle for a song..."

Look for noseless traders for the best deal.