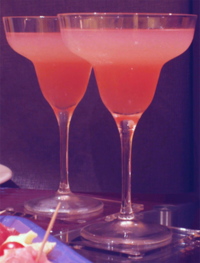 Drunken rampage, on the other hand, refines unprovoked senseless violence to its absolute perfection, dealing increasing collateral damage as the hero's skill is honed by the consumption of ever stronger alcoholic cocktails. One of the great advantages of this skill is that no elusive Grand Master is required to perfect the hero's training. In fact heroes are perfectly capable of self-train themselves, given enough time and money.

Unleash the rampage that has been building all along, ideally against actual foes, though innocent bystanders may be considered acceptable targets as well under the circumstances.