After giant eagle air travel has become more popular, Drop Bears started spreading outside of their original habitat in Sacred Archipelago. The most likely theory is that Drop Bears started attaching themselves to bellies of cargo eagles and travelled all the way across the ocean on to the mainland. They can be found all over Godville now since they have no other natural predators except for heroes and heroines (and we know that they're not very effective predators). 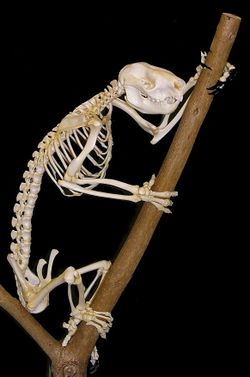 An average Drop bear's size is comparable to a large Biowolf or a smaller Bear Minimum. Their body is highly adapted for climbing and life in tree canopies — they have incredibly strong forearms with long sharp claws and strong hind legs.

Common advice on how to avoid being attacked from locals (once you prove they really can't persuade you that Drop Bears don't exist) is using their sacred bread spread made out of beer yeast extracts. The victim rarely realizes that this will only make them more delicious and enticing for any Drop Bears around. 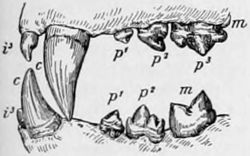 Diagram of a Drop Bear jaw[1]