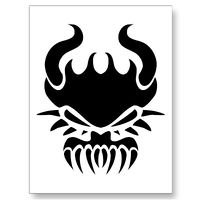 Aeons ago, gods were each known to hold their own offices and reigned over their own realms in the heavens. The dwellers of the Lower Realm believed them to be angels, but they were actually deities who have tremendous powers. For all the powers that they had, however, greed, incompetence, and sloth were common traits for the gods to have. Their laws did nothing more than bring a false sense of peace and complacency to the generation of gods that followed after them.

Most of the gods and the Lower Realm dwellers failed to notice the difference, though.

These newer gods were given holy titles, a supposed testament of their power and lineage, but in reality, they were the feeblest of deities—they lacked boldness and character. They were weak, and there was nothing to speak of in terms of their abilities to exercise their authority in their own realms. And these didn't just go by unnoticed for long. A small group of powerful deities found these lazy gods to be a mockery to the title they bear. They even felt that calling them "gods" was nothing short of a jest made in bad taste.

Eventually, that small group decided to rectify the situation. They seized the offices of the lesser gods and reigned over the realms in accordance to their own belief—that "good" and "evil" were but mere delusions and only power truly mattered. Unlike the other gods, they took over the roles and responsibilities that the weak couldn't handle.

The lesser gods tried to claim their offices back, but each of their attempts were in vain. It didn't take long for them to seek out the Elder Gods' aid, which only served to cause them to view the newly forming order as a threat to their existence and authority. They declared that these "Rogue Gods" were sacrilegious and an imminent threat to the heavens, then demanded them to return the lesser gods' offices to them. Even so, the Rogue Gods didn't give in. Instead, they responded by declaring that the Elder Gods were as arrogant as much as they were cowards if they truly believed that elites like them would step down without a fight.

Thus, the Elder Gods declared war upon the Rogue Gods.

Shortly after that declaration, a fierce battle ensued, one that shook the very foundation of the world. It turned the once radiant heavens into an abyss of chaos, causing dust and dark clouds to fill the once beautiful imperial gardens, while fierce battle cries echoed in the skies in place of the once peaceful chirping of the celestial birds.

The battle raged for several years until the Elder Gods finally used their ancient power to cast the Rogue Gods out of the heavens. They then sealed each of them into a vessel and imprisoned them beneath the Mountain of Subjugation, just outside of modern-day Deville. There the Rogue Gods remained for centuries to follow, constricted and isolated for their so-called crimes.

Peace once again reigned over the realms, but the Elder Gods weren't satisfied. The war and the existence of fanatics of the Rogue Gods in the Lower Realm proved to them that not only could their authority be questioned, their power could also be challenged. In order to avoid those fanatics from gaining influence among the rest of the lower world dwellers, they discredited the Rogue Gods as gods. They and their followers were officially decreed as blasphemous heretics and enemies of the heavens.

As such, the Rogue Gods continued to lie beneath the mountain, neither to be helped nor remembered.

Unbeknownst to the Elder Gods, the state of the heavens were slowly declining—which was only hastened by the war—and change had begun to prevent their collapse. By the time they noticed it, it was too late. Their powers had begun to wane and their gift of immortality had been revoked by the World. Soon, they faded out of existence entirely.

Centuries after the reign of the Elder Gods ended, a low rumbling was heard deep beneath the Mountain of Subjugation. The powerful Goddess, Demongirls, had managed to free herself from her wretched prison and see the light of day once again. What she saw upon stepping onto the city of Deville left her dissatisfied. Monsters roamed the land, the lower world dwellers lost their respect for the authority and power of the gods, and not a single entity had stepped up to maintain the order that she and her fellow gods had worked so hard to achieve. That knowledge, along with solitude brought by centuries of imprisonment, made her hungry for authority. Thus, she quickly selected Souleater to be her champion.

Under the Goddess' guidance, Souleater created the Demonlovers Guild, a secret society of heroes that aimed to restore the fallen gods to their former glory. Through her efforts, another powerful Goddess, Kaimi, was freed from her prison. Demongirls then entrusted her and her chosen champion, Kani, the task of seeing to it that the Guild's goal was fulfilled and returned to the Upper Realm to once again rule over the heavens.

Throughout the passage of time, the Guild's goal remained the same: to free the other Rogue Gods from their prison, erect golden temples near Deville in order to worship the deities who are now known as “Demon Gods”, and restore their status as the elite and magnificent deities they once were. To do so, they must collect golden bricks and defeat the heroes of lesser gods. The heroes they have conquered are then brought to the city steps, where they are sacrificed in the name of the Upper Echelon.

Recently, Goddess Kaimi stepped down and passed the burden of leadership and authority to the Supreme Underlord, Nakor the Blue Rider.

Himea, the Songstress of the Heavens

Not all gods were born as the powerful celestial beings of the Upper Realm that they were. Some were born from objects, concepts, or denizens of the Lower Realm, although such an occurrence was quite rare.

One such goddess was Himea.

She was born with nothing more than memories of faint echoes of a beautiful song that spoke of friendship and faithfulness amidst scorching flames. Her place of birth, a snow-covered mountain, wasn’t of any help, so she left and flew to wherever her wings could carry her in search of her origins.

Her search seemed in vain—each village and city all had their own tales to share, none of which was the one she was searching for. Nonetheless, each tale fascinated her so much that she eventually forgot her original goal. She would sing of the tales she heard whenever she reached a new place instead. While not all of her songs were new to the people who heard them, her enchanting voice always garnered her a large audience. As the number of her listeners grew, the Elder Gods began to take notice of her, but they ultimately did nothing about her rising popularity. When people began associating her with the gods, however, they immediately brought her before them.

After a short deliberation, she was deemed unworthy of all the praise she received because of her origin—a song that was exchanged for the life of a human girl. Her enchanting voice allowed her to bend even the heavens to her will, but that was nothing the Elder Gods themselves couldn’t accomplish. Still, they couldn’t dismiss her. Her passion for singing tales was something none of the Gods would even think to spend time on, and they all agreed it would be a waste to not utilize it.

And thus, Himea was named a goddess and conferred the title “Songstress of the Heavens”.

She was given her own office as per tradition, but she was barely found there. Her desire to share her songs had her walking among the people of the Lower Realm more often than not. Such negligence often called for punishment, but the Gods left her be so she could continue to spread word of their might, which she did passionately until the time of the Lesser Gods. She later joined the Rogue Gods’ rebellion out of the belief that allowing the Lesser Gods to continue their rule wouldn’t inspire a tale worth singing about. She was imprisoned with the other Rogue Gods after the war and was eventually freed by Kani, Goddess Kaimi’s champion.

At first, she was overwhelmed by the drastic change the world underwent during the course of her slumber, but she soon grew to appreciate it and later picked her champion, Levana, to help her learn of every new tale and experience everything the new world has to offer.