Difference between revisions of "Deafening snore" 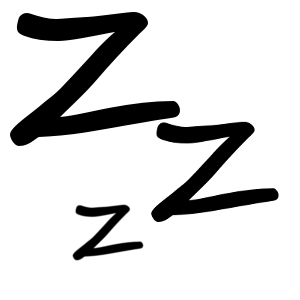 This skill is often acquired by many heroes at some point in their lives when life just becomes too boring, when they realize that they can't lose, or when they've been eating the same beef jerky brand for over 10 years.

The Deafening Snore seems really harmless at first, but heroes who have mastered this skill can drive their enemies insane. Often the hero with this skill will just fall asleep on the field, at which point his opponent sits down quietly so that the hero can sleep for a while. Then when the hero starts snoring uncontrollably, his opponent won't wake him up, as that would be a not-so-nice thing to do. The opponent then tries to hold the hero's nose, poke him lightly, close his mouth, but in most cases it doesn't help. At this point the hero's opponent has already been driven mad, at which point he just breaks his head on a nearby rock to escape the horrible sound. Running away doesn't help with heroes who have a high level of this skill, because their snore can be heard miles and miles away at the same volume as if you were standing right next to them.

Heroes with this skill never have a significant other. For long.

At this stage the Deafening Snore is still pretty harmless, it's just annoying and will often cause no damage at all, blasting at 95 dB.

Now the hero starts to make use of his uvula even more, the snore is now running at 115 dB, at this point the pain caused by this skill isn't that monumental yet.

Pain begins here, running at 140 dB the hero can knock out many opponents at once writhing in agony from the sounds of sleep penetrating to their very bones, at this point the sound can start to shatter them.

Running at 180 dB your snore annihilates anything that has ears and hearing tissue, this often causes no pain as it simply ruptures the ears and the nerves attached to them completely deafening out the pain, the pain caused by a shattering skull and boiling brain however is not filtered.

At 194 dB, this skill at this level has a chance of killing yourself as well, your own snore might make your head explode but the good news is that the flying skull shrapnel might take down your enemy or enemies as well.