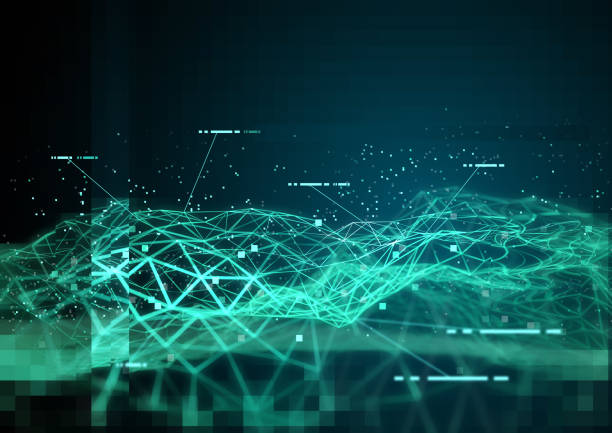 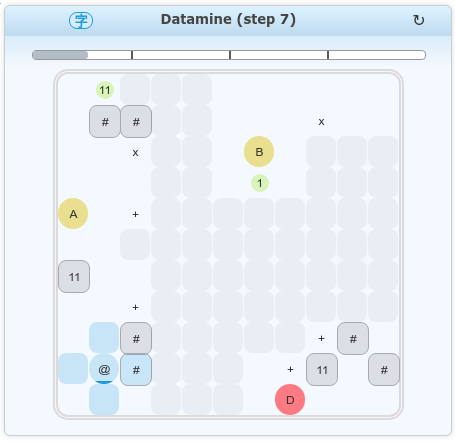 Encouragement will spawn a medkit adjacent to the boss.

Punishment will spawn a thruster adjacent to the boss.

Miracles will spawn a medkit, thruster, or bit next to the boss.

Collisions occur when a boss tries to enter another bosses tile. When bosses collide, both bosses take damage and are pushed away from each other, moving up to six tiles in a straight line until they hit an obstacle, locked bits, or another boss which will deal further damage. Bosses do not collect bits, medkits or thrusters on their way when pushed. If a boss hits hit an obstacle, it is turned into an empty tile, locked bits are turned into bits. If they hit another boss, that boss is sent flying in the same manner on the next turn. When a boss is pushed by a collision with another boss, there is a chance it will lose one bit, and a bit will appear on the tile it was pushed from.

The boss-monster can salvage bosscoins from the datamine, earning one bosscoin for every eight bits they collect. In addition, for every bosscoin collected, the hero also learns one glyph for their book. If three bosscoins are collected within 24 hours, any further bosscoins collected within that 24 hour period are no longer guaranteed to grant glyphs, whether they do is left up to the whims of the Great Random.